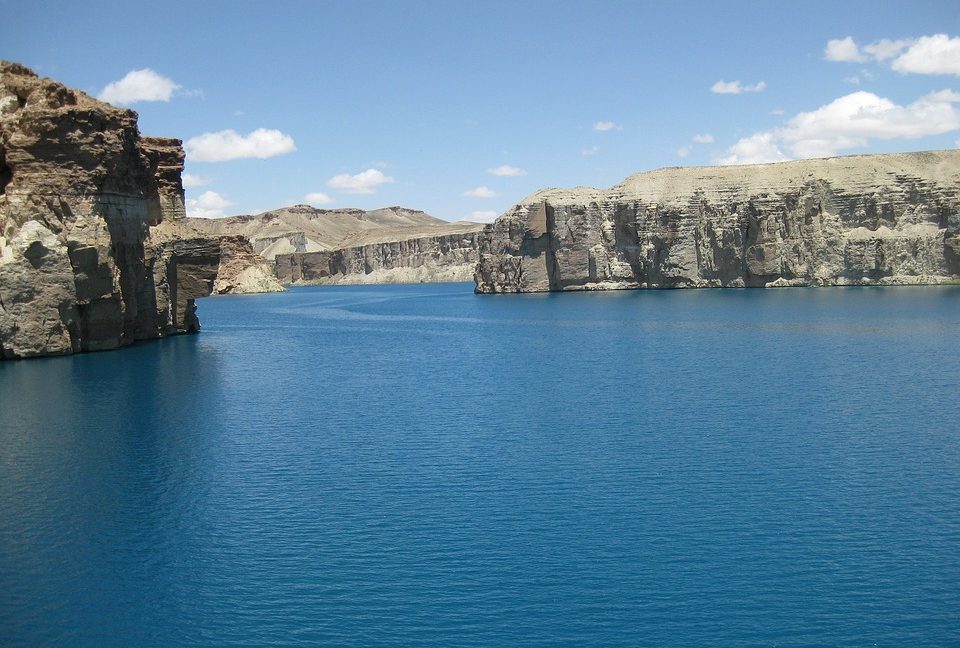 Afghanistan isn’t usually recognized for all the good things but rather for all the bad things. The turmoil in the country has lasted for almost half a century from 1979 until the present. Various world powers had been involved in the conflict in the region causing it to be one of the most destabilized places on earth. Afghanistan is currently the biggest producer of opium on earth and is considered the most dangerous place for terrorist activity. Despite all the negatives Afghanistan has a long history far predating the current situation. The first cave oil paintings happen to be in Afghanistan. The ancient city of Herat has been captured by Alexander the Great which left the Greco Bactrian kingdom behind him. Many of the Afghani cities were significant stops on the ancient great silk road. 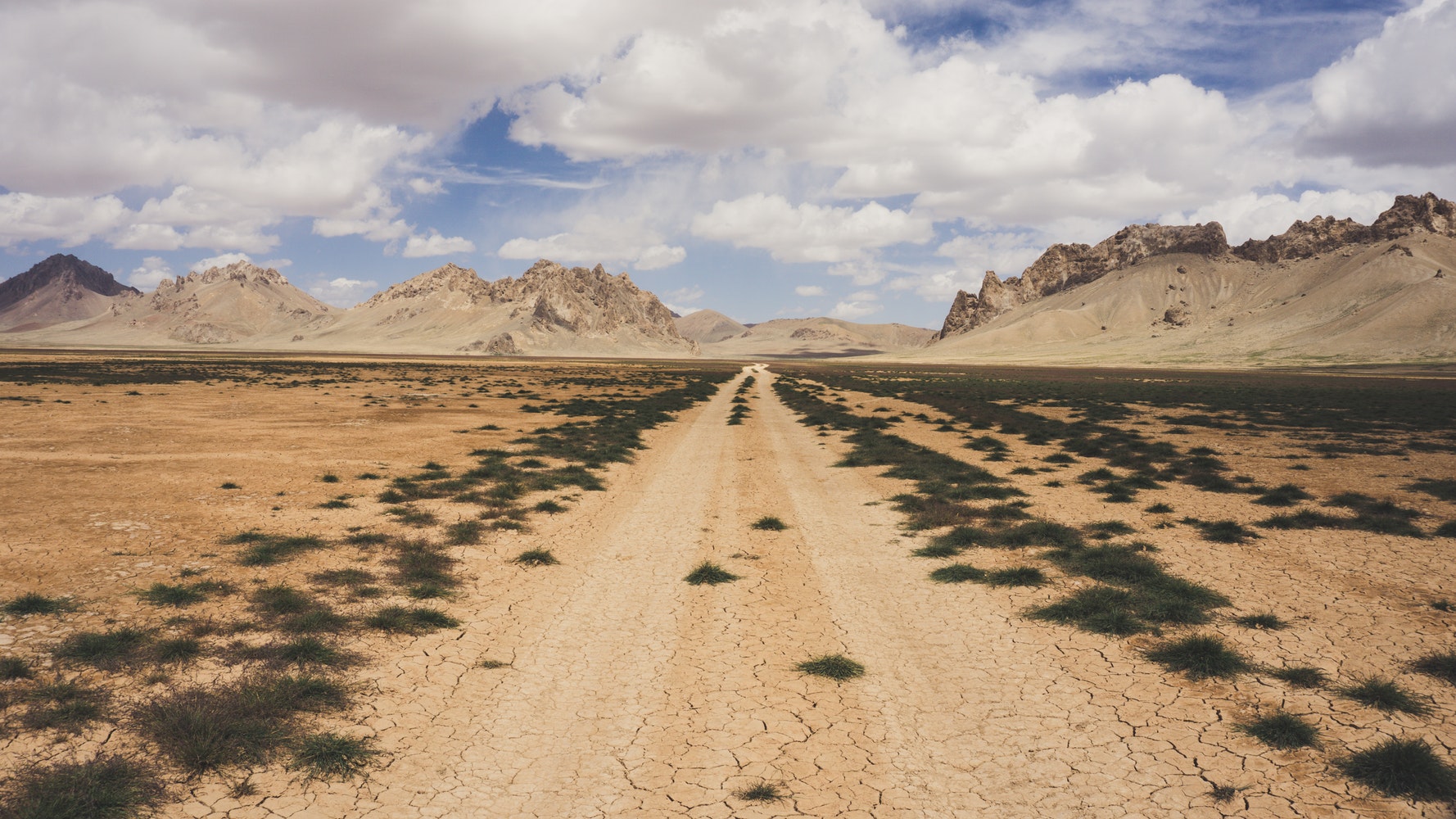 All tourists traveling to Afghanistan must have a valid passport. Citizens of all countries require a visa to visit Afghanistan. The Afghanistan tourist visa is valid for 30 days. It’s a single entry. It is not dated specific, meaning the visa duration starts from the day you enter, which can be any day within a 3 month period stated on the visa. Tourists who wish to drive in Afghanistan must have a valid driving permit and an international driving permit to drive a vehicle legally. An international driving permit may only be issued in tourists country of origin. Beware that an IDP does not substitute for the original permit and is only a translation of it. Both documents must be present with the driver at all times. 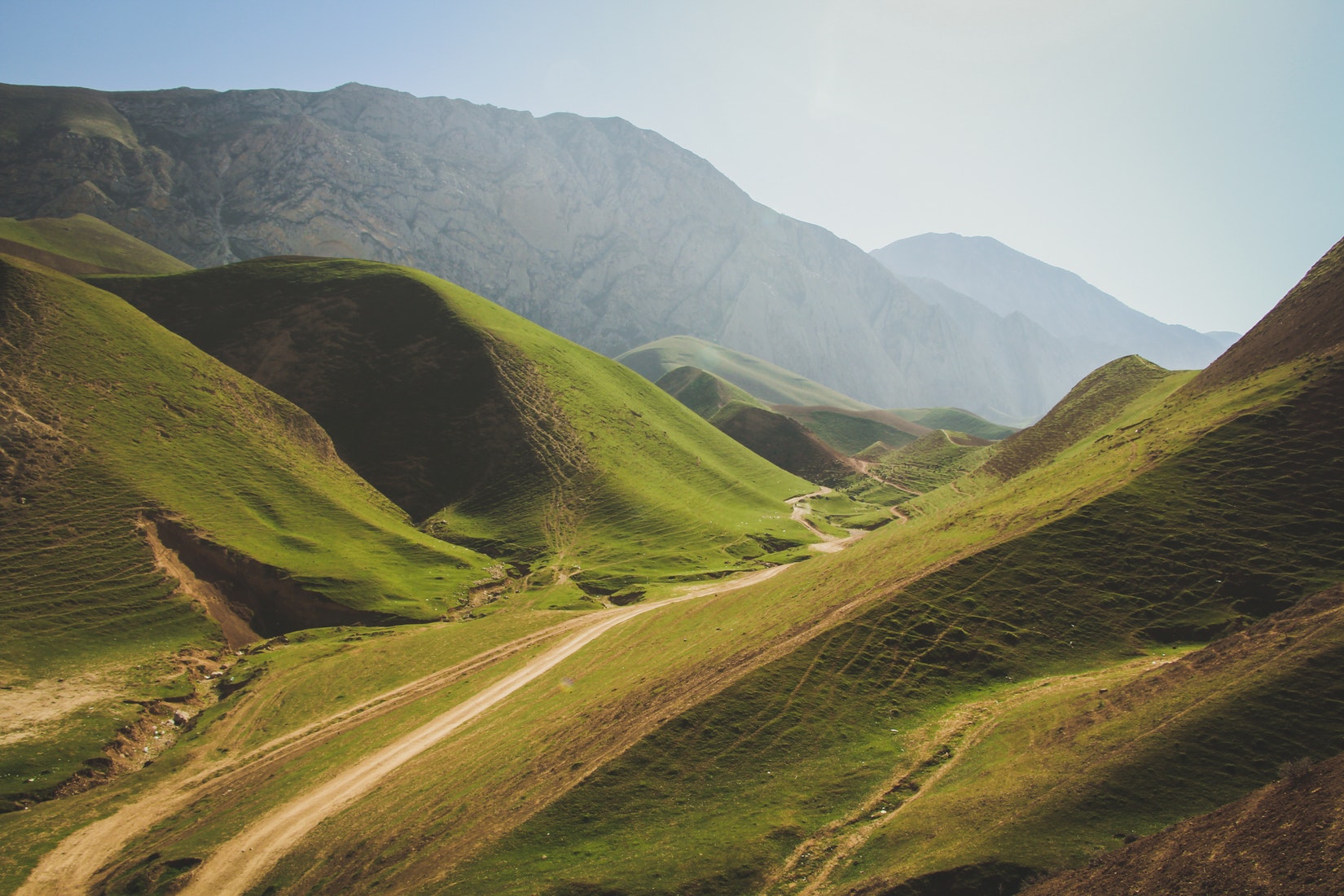 All drivers face the potential danger of encountering landmines that may have been planted on or near roadways. An estimated 5 or up to 7 million landmines and large quantities of unexploded ordnance exist throughout the countryside and alongside roads, posing a danger to travelers. Robbery and crime, particularly kidnappings, are also prevalent on highways outside Kabul. The transportation system in Afghanistan is marginal, although the international community is constructing modern highways and provincial roads. Vehicles are poorly maintained, often overloaded, and traffic laws are not enforced. Roadside assistance is non-existent. Vehicular traffic is chaotic and must contend with numerous pedestrians, bicyclists, and animals. Many urban streets have large potholes and are not well lit. Rural roads are not paved. With congested roads and abundant pedestrian traffic, vehicle accidents are a serious concern and can escalate into violent confrontations. We strongly urge all drivers to drive defensively and pay close attention to their surroundings. 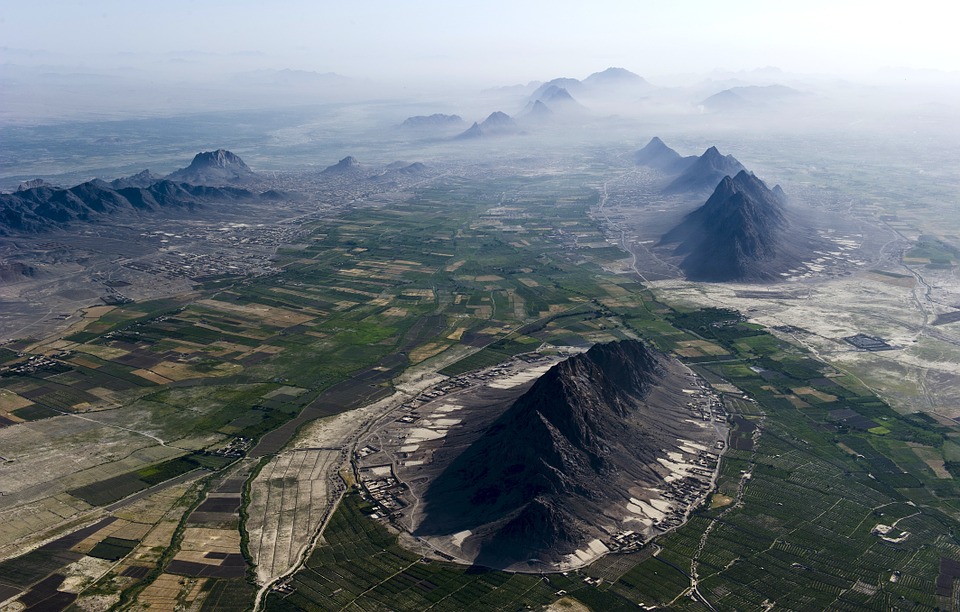 Although dangerous animals will be the least of any tourist’s worries, it is worth mentioning that there are several animals which pose danger to humans. There are two species of bears, the brown bear, and the Asiatic black bear. Although black bears are much bolder and dangerous for people, they are few in numbers in Afghanistan. There are more brown bears however these animals are generally shy and will avoid contact unless closely approached or surprised by humans which may result in an attack. There are no official statistics on the wolf population in Afghanistan however these are known to inhabit parts of the country and prey on livestock. These animals generally do not prey on humans however farmers often come into conflict with these animals. There are six venomous pit vipers in the country. Due to poor healthcare facilities and inefficient emergency services response, snake bites might be fatal. Afghanistan is a landlocked country.
Afghanistan is considered as a country prone to a number of natural disasters such as earthquakes, flooding, drought, landslides, and avalanches. Earthquakes are relatively frequent, being more frequent in the north and northeast, and often trigger landslides. 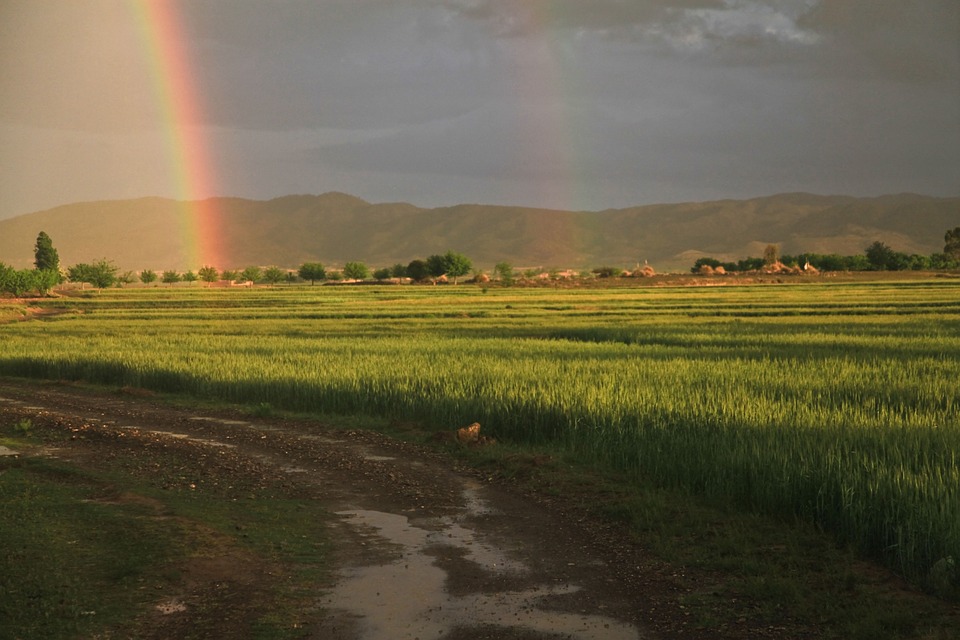 There is no risk of yellow fever in Afghanistan. The government of Afghanistan requires proof of yellow fever vaccination only if you are arriving from a country with risk of yellow fever. There are several other vaccinations that are strongly recommended but not required. These are the routine vaccinations aka MMR vaccines, Polio vaccine, Hepatitis A and B, typhoid and rabies vaccines. Unfortunately, there are no vaccines against malaria however there are other ways to protect against it. Malaria is contracted through mosquito bites, therefore, using mosquito repellants is one way to protect against the disease. There is also medicine on prescription. The public healthcare system in Afghanistan exists however it is in desperate need of modern equipment and trained staff. Currently, only 60% of the population has access to healthcare facilities however steps have been taken and new facilities are being built to provide healthcare to the remaining 40%. Medicine is generally in short supply, therefore, tourists should equip themselves with the most basic medicine like painkillers, etc. Private hospitals and clinics are focused on Kabul and provide a better quality of care than their public equivalent. Emergency services are generally inefficient and some areas are considered too dangerous to even dispatch an emergency airlift.
In case of an emergency dial 102. 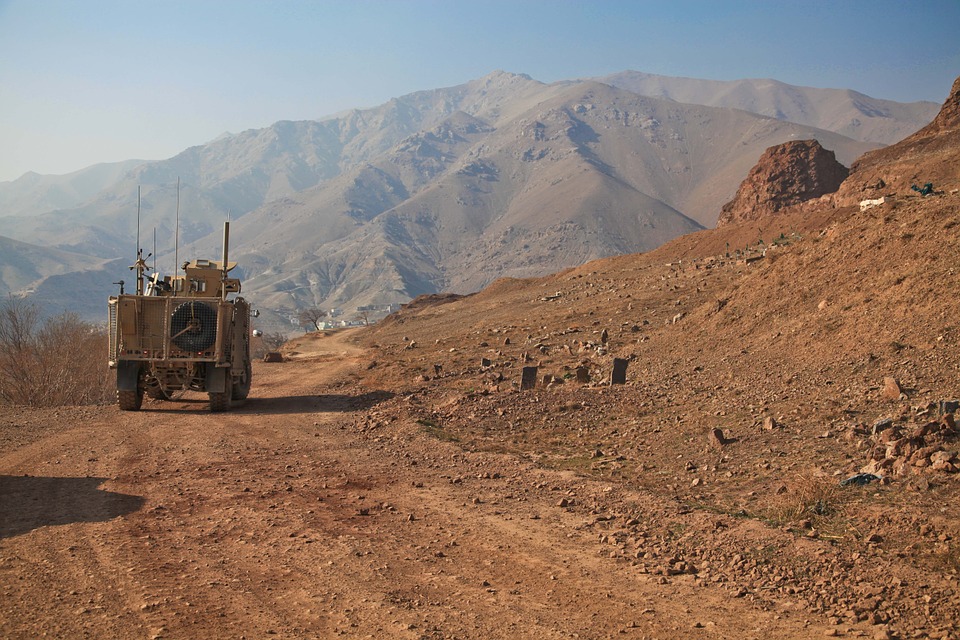 Criminal activity is widespread and includes the operation of several local, regional, and international terrorist organizations and organized criminal syndicates. Transnational organized crime remains a serious problem. Criminal activity extends into lower-level street crimes such as thefts, home invasions, and assaults. Criminals typically work in groups. Criminals are prone to use deadly force against victims. The security situation remains volatile and unpredictable. Insurgents routinely plot high-profile attacks against official international and private sector institutions and personnel, making it difficult to differentiate between traditional illegal activity, politically-motivated criminal behavior, and terrorism. While narcotics trafficking accounts for a large portion of crime, Afghanistan is challenged by a myriad of criminal terrorist threats, many of which target foreigners. All foreigners and Afghans associated with foreigners are potential targets. Visitors and residents of Afghanistan must be on-guard against assault, kidnapping, and all forms of theft. Ensure that your housing accommodations are appropriately secure and fortified with barriers and vetted armed guards. Maintain a low profile. Americans should avoid public markets, crowded areas, demonstrations, or bazaars. When possible, travel should be conducted in armored vehicles with the doors locked. Back up communication systems and personnel tracking and locator devices are strongly recommended. 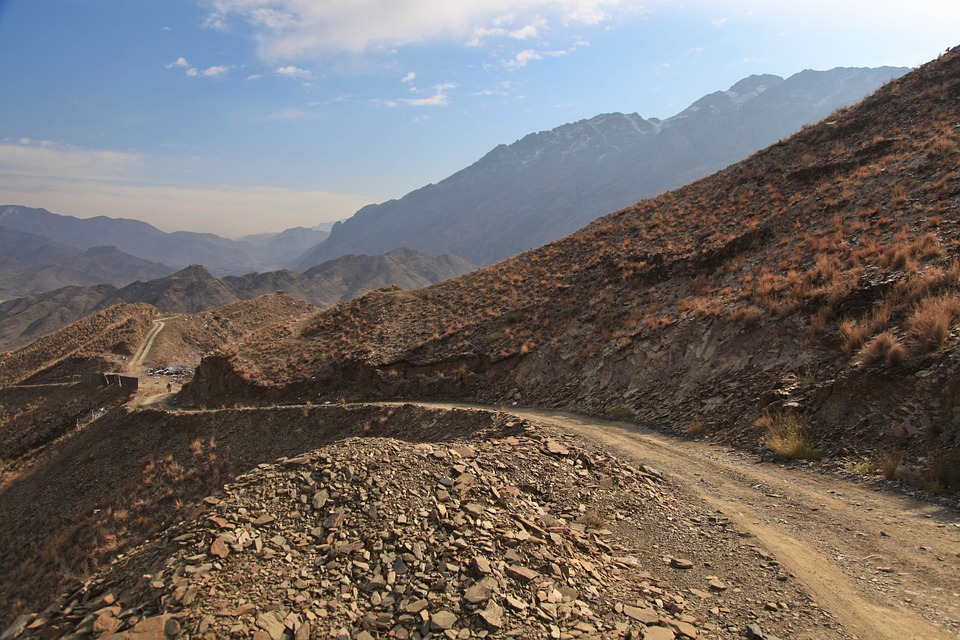 Tourists are advised to avoid Afghanistan by almost all governmental tourist advisories. It is a destination only for the bold, who wish to explore the old cities of the ancient silk road. Remember that planning your trip with Travset.com will give you the quickest information about the nearest emergency services and will also help you purchase indispensable travel insurance for the trip of your lifetime. Please feel free to comment and share the experiences of your travels with Travset.com. 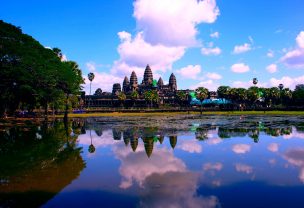 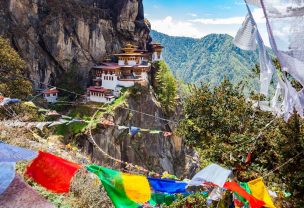 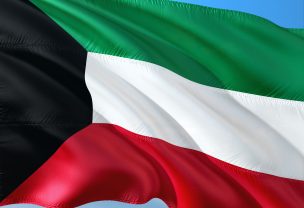 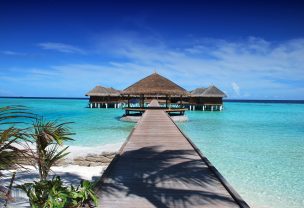